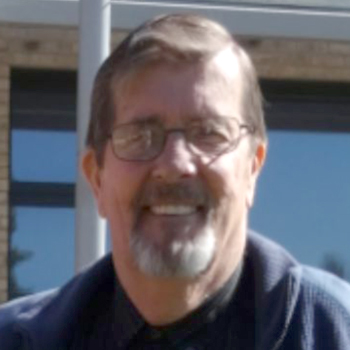 During my formative years, I decided that my life strategy would be to watch, listen, analyse and then decide, and I have done this all my life.

Throughout my life I have looked into different religions – Catholic, Jehovah s Witnesses and Christians and came to no conclusions. Still, in my head I knew that there was a higher power.

Early in February last year, as my wife Christine and daughter Leah attended Kingswood, I decided to come along to check it out. I came to church on Sundays and did my thing – watch, listen, analyse, but no decisions.

In March I received a phone call from Leah about an Alpha course. I do not remember the conversation [not really interested], but do remember that when I put the phone down I told Christine about the talk with Leah and she said that Leah had said previously how happy she would be if the family became Christians so she could spend eternity with them. I decided to go to Alpha. The discussion group was led by David Doherty and attended by about ten people. I did not expect to last the course but did due to David and the others on the course. Before each Alpha session we had a meal and at one of these meals, David Barnes told me someone had dropped out of a holiday at Haus Barnabas and he was looking to fill their space. Knowing that Christine would like to go, and checking with David Barnes it would not be a Bible bashing holiday, I booked to go.

I continued coming to church, still sceptical, until the holiday in August at Haus Barnabas.

We arrived at Haus Barnabas and within minutes of being there I felt totally at ease and a calmness came over me.

In the evening after a day out, in a group or on our own, most of us would sit in the lounge and talk about the day’s events and have a sing-along and a Bible reading. About 8 or 9 evenings into the holiday, Len, who runs Haus Barnabas with his wife Phyl and Tim and Debbie, said we should have time for prayer and if anybody wanted to pray, they should do. Whilst others were praying, I wanted to say something [first time in a group] and the attitude I had at that time was, if Dave Riches wants to say something, he would say it. When others had finished praying, I said to Len I wanted to talk and he said okay.

I told the group I wanted to explain at what position I felt I was in my journey towards becoming a Christian.

I stated that I saw myself on the top of a 10 metre diving board looking down into the pool and I saw one group of people doing the front crawl going up and down and up and down with no expression on their faces and on the other side mums, dads, kids and grandparents all laughing and jumping about, splashing and having a great time. On the top of that board I was feeling nervous and excited about the possibility of experiencing the exhilaration of the dive and if I reached the happy people, how ecstatic I would feel. Evening finished – holiday finished, still standing on the diving board.
Came to church still watching, listening, analysing, still sceptical, no decisions. This went on to Sunday 28th February this year.

On Sunday 28th February this year, I got up to check the birds and found that Love bird seed was running out, so I went and purchased 7 1/2 kilos of seed, which came in 3 x 2 1/2 kilo bags. I brought the seed home and carried it from the car to the kitchen table in my right hand, as I cannot with my left hand [said this for a reason which will become clear later]. When putting bag of seed on the table I noticed a split in one bag. I took the 3 bags of seed out, leaving one bag loose and 2 in individual bags to be taken to the bird house for use in about 4-8 weeks time. I went in the front room and whilst there, checked for the time but my watch was not on my wrist. I checked the mantelpiece where I normally leave it, but not there. I checked the table, chair, floor, kitchen, bird house and car. I phoned my mate where I purchased the bird seed and asked him to check his shop and outside where I parked and let me know if he found it. My watch was not found, so I assumed it was lost. I decided to get a new watch in the next few days.

I went to church that evening. Stuart took the service and he decided to slow everything down in order to let God in. He said this twice. He invited people to pray and I suddenly felt very strongly I wanted to say something. I was arguing with myself if it was appropriate to do so when if you remember at Haus Barnabas I was going to say what I wanted, whatever. Anyway, still having this very strong feeling to say something and continuing to argue with myself, I was still aware what what was going on around me i.e. Stuart prayed, then John on my right, Nick front row left, Aldo 6/7 rows from front on left and finally a young lady half way between Nick and Aldo. By the time the praying stopped, I was too late and Stuart was at a point in his story where Moses was standing on the banks of the Red Sea holding up his staff aloft parting the Red Sea. Stuart visualised the sea had been parted about a mile and all the people were standing in a line along the bank watching each other to see who would make the first move. When suddenly a chicken ran out followed by a small boy who probably owned the chicken.

The appearance of the chicken and the boy started the rush by everybody to cross. When they got to the other side, the people were so happy they all jumped for joy, sang and danced.

My mind went back to Haus Barnabas which was in Germany, 700 miles away, 6 months before, to that story I told you about in the lounge there.

What do you all think?

…God had to be telling me something.

What I wanted to say was that the Thursday before there was a church members meeting voting on Nick becoming Stuart’s assistant. The result being all said yes and one abstention. Originally, I was told 40 to 50 members voted, but since found out 65 voted, 64 said yes with one abstention. For the first time in my life I could find nothing to find fault with and felt that during the vote there was a Higher Power at work..

But something was still missing, I was still standing on the diving board, but now standing on the edge. I came home from the service thinking about what had happened that day and suddenly realised that the chicken in Stuart’s story was the trigger for the people to cross. Where was my trigger??

I went to bed and prayed as I had done for some time, normally the same prayers every time. That night I said prayers as normal and said amen. Then suddenly I said, ‘Lord, you know I lost my watch. I would appreciate it if you helped me find it.’ [Off the cuff prayer].

Next morning I went down stairs and there on the table was my watch. It took me back as one of the main things I was sceptical over the years was dreams/visions etc.. Feeling very apprehensive about the watch being on the table, I called Christine asking her had she found the watch and to my relief, she said that when she took the 2 bags to the bird house, her wrist gave way and she dropped a bag and saw a little bit of silver by the bag and bent down and found the watch.

I put the watch on, but something kept telling me to check how the watch got in the bag. I did not take any notice, but the feeling to check would not leave me.

I finally checked it out and could not figure out how the watch got in the bag. [Show how I checked when giving the testimony]

It suddenly hit me that the chicken in Stuart’s story was the trigger and the watch was my trigger. At that point I came to the realisation that God had found the perfect way to convince me and complete me.

At this very time I am enjoying the exhilaration of the dive and when I am baptised shortly I will be ecstatic that I have finally reached the Happy Place.

Looking forward to my journey with God. 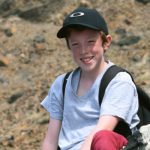 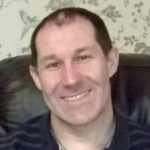