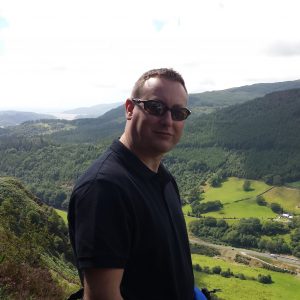 I was christened as a baby and in my primary school years I attended Sunday school and would occasionally attend church but, I am not certain that I really understood the significance of God, Jesus or the Holy Spirit.

Growing up, the church became less and less a feature in my life. I became interested in science and as I understood more about the natural world and the universe, there became compelling scientific reasons to explain away many of the bible stories. It became easy for me to dismiss God and, whilst I believed that a man named Jesus existed, I was not convinced that he was the Son of God.

Whilst there has always remained some lingering uncertainties, these were not strong enough to pursue. I had no understanding of faith and I did not think about what it actually meant to live as a Christian. I felt that I was leading a life full of ‘Christian intent’ and that the bible was a collection of old messages about how to live ‘a good life’. I worked hard, did little by way of charity and did not really have any sense of what life is really about.

When Liz first talked about going to church, I was surprised, this was a big turnaround from where she had been. As her faith developed, I could see positive changes, she was calmer and more patient and in dealing with situations she was increasingly using her faith in God.

When I first came to Kingswood Baptist Church I was made to feel very welcome, but it was still all a bit overwhelming. I was starting from a standing start and I didn’t know what to say to people for fear of saying the wrong thing. However something stirred inside of me. Some weeks I just didn’t get it, but other weeks there were clearer messages and I began to feel as though there was a point to being Christian and that there were much bigger questions about life and eternal life which I had never faced up to. I started to consider the universe in the context of God rather than through a scientific lens. I started to think and act differently. I began to put a growing faith in God to the test. I started to pray asking God to give me wisdom and strength to do well in my job. God responded and I find myself less stressed about work and better equipped to deal with those challenges which inevitably come. My father recently had a fall and required an operation in which there was a risk of complications. Having the KBC family stand alongside me in prayer, together with my growing faith in the Lord, gave me great strength and I believe that has helped him to make a rapid recovery.

One morning service, I had this really strong sense that God was urging me to come forward and follow him. Although I knew that I should have responded at that moment, for whatever reason, I did not. But remarkably, someone else in the congregation told me how they had received the same urgency to help me to take the big step forward to be in Christ. When I heard this, I knew that the Holy Spirit was at work and that the time was now to turn fully to face the Lord.

I have heard testimonies in which people have described a spectacular moment when they came to faith. However, this was my moment—that day I started my Christian journey and my walk with God. 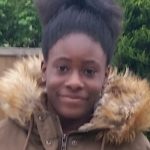 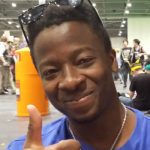