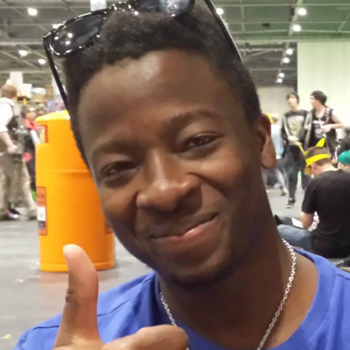 I was born into a Christian family and gave my life to Christ at the age of seven. I’m very fortunate to have had a Christian upbringing because I knew God from the start and haven’t experienced, nor ever want to experience, life without him. God has used me in many ways and I’ve been fortunate enough to have been blessed with spiritual gifts. The first time I remember these gifts manifesting themselves was when I was 14. I had a dream that a woman from church was up on stage giving a testimony about God healing her of something. It was random because I wasn’t particularly close to her so I don’t know why she was in my dream and at this point I didn’t even know anything was wrong with her. Sometime later I found out that this woman hadn’t been coming to church because she was ill. I thought this was a weird coincidence considering what had happened in my dream so I told my mum about the dream. Months later my mum informed me that at a church service this same woman had come to the front and given a testimony about how God had healed her. I asked what she was wearing and she described exactly what I had seen in my dream. This was too bizarre for it to be just mere coincidence. I didn’t know that this would be the first of more experiences like this. Sometimes they’ve been much more cryptic and I’ve needed to ask God to give me wisdom in order for me to understand them. Other times I’ve been wide awake and I just see things, or God tells me that I need to do something. God has used me in more ways than this and the main reason I believe is so that I can help others. I’m also very grateful to God for placing people around me who have used their gifts to help me.

Last year when I did the Alpha course, we had a day called the ‘Holy Spirit Day’ where at the end we all had the opportunity to pray for each other. There was a chair in the middle and if you wanted to be prayed for all you needed to do was sit in it. When we got into the mode of prayer, God put the number ‘three’ in my mind. I gathered pretty quickly that I should be the 3rd one to sit in the seat to be prayed for. I didn’t really want to but I had a strong feeling that I should. I remember Stuart W praying for me and saying that he had a feeling that I would be next, which confirmed that God wanted me to be prayed for. Nick also prayed for me and said that he saw an image of me in chains and God wanting me to break out. I didn’t fully understand what this meant but I gathered that I was being held back by something.
I also remember Stuart W telling me that I shouldn’t see myself as a boy, I’m a man. That I’m not a young leader or someone subpar to a leader, I am a leader. This made me think more carefully about the way I view myself.

In a discipleship group meeting about two months ago, everyone was getting prayed for by Stuart and Adele. When they prayed for me, Stuart said that he had this strong imagery of me crouched down and covered in clay. And as I started to get up I was growing and with arms open wide I broke out of the clay. He said that I shouldn’t limit myself. When I heard this I remembered what Nick had said he saw months before and how similar these images were. I also realised that it wasn’t some external factor holding me back. It was me…

I spent a lot of time in prayer after that and I felt like one reason I was holding myself back was because I was worried that if I admitted to myself that I have great potential then I would become prideful and arrogant and that is something I never want to be so it’d be best that I just pretend that I’m nothing so that I stay humble.

The last reason I could think that I was holding myself back is because I don’t have a clue what the future holds for me. If you ask me what I want to do for the rest of my life, I will nonchalantly shrug my shoulders and tell you “I don’t know”. I don’t know what I’ll be doing in the church in five years. I felt that I couldn’t realise my potential if I don’t know what I’m supposed to be doing or where I’m supposed to be. The fear of the unknown can be very restrictive and almost paralysing in anyone’s growth in any area of their life. It can stop you from doing anything and keep you doing nothing. So I’ve decided to change that.

Recently my life has been getting busier and I don’t ever want to push God out. And I refuse to live below my spiritual potential. I’m not going to let anyone or anything hold me back, even if that person is me. I don’t want to wait until I have totally planned out my future before I decide to start taking risks and stepping out in faith. If God is the one I serve then I have nothing to fear. He knows what my future holds so all I need to do is follow him. If people belittle me, I’ll try not to let it hinder me from doing what I need to. As long as what I do is in line with God’s will I don’t need to care too much about anyone’s opinion. I will continue to keep my eyes firmly fixed on God and I pray that He’ll direct my path forever. 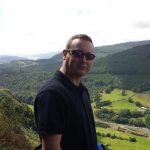 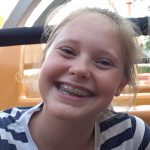